London, the global ‘information capital’, stands among a handful of cities as a pioneer at the forefront of digital and public service innovation.

From the computer-controlled signals that keep the city’s streets free from gridlock, to the cameras and streetlights that make those journeys safer. From the computer aided design that shapes the layout of London’s town centres, to the data analysis that allows targeted interventions in support of those in long term unemployment. From borough-provided wireless internet, to the council run websites that help people pay their bills and get their benefits on time and at their convenience, technology is intrinsic to the modern London.

The beginning of the computer age

Fifty years ago much of what many Londoners today take for granted was the stuff of science fiction. But not only did 1965 see the creation of the 32 London boroughs, it also saw the launch of the world’s first commercially successful minicomputer – the DEC PDP-8.

Costing $18,000, the equivalent of approximately £90,000 in today’s money and roughly the size of a household fridge, the DEC PDP-8 was about 250,000 times slower than a modern home computer, but it and similar devices paved the way for advances in data manipulation and communications technology that would eventually form the backbone of the economic success and growth of cities like London.

Compared with those found in 2015, the sort of computer a visitor to a London town hall would find in 1965 would barely be recognisable as such. Such systems were large scale affairs, with programs stored on magnetic tape and operated by instructions written on punched cards. These ‘mainframes’ would have filled entire rooms, required specialist training to operate and could only carry out specific types of calculation.

It wasn’t until the introduction of the personal desktop computer, with IBM’s XT arriving almost 20 years later in 1981 that council offices would more closely resemble today’s arrangements, with a computer accessible to practically every member of a council’s staff supporting innovations in project management, data analysis, service design and communication.

Needless to say, council computers didn’t just end up in offices. Libraries and community centres also changed dramatically over this period, with computers increasingly a resource made available to the community for training and use, alongside an ever diversifying selection of books, films, music and reference materials now offered in an array of digital formats.

Nowadays many people visit their local library in order to access the internet, but in 1965, with the forerunner to the modern web – ARPANET – still 4 years away from sending its first message, libraries were for books and council correspondence was sent by post with contact by the telephone possible, but still rare.

Technologies like the Teleprinter, which connected a mechanical keyboard and printer to a modem, allowed for the transmission of messages between machines over phone lines owned and operated by the General Post Office (GPO), but these could only communicate with machines of a similar nature. So, by and large, if you wanted to speak to the council you would need to visit them in person or write them a letter; a formal and often inconvenient task.

Of course, people still ring up their council today or pay their town hall a visit, but the growth of email and the World Wide Web has seen many of these interactions shift ‘on line’. Information and plans such as those relating to new housing developments can be found on council web pages, council fees and charges can be paid by a direct debit arranged from home or, increasingly, from a mobile device.

If people do visit their town hall, while there is a small a chance they’ll be greeted by a hologram, improvements in data access and service design mean the person they meet is more likely to be the person best able to deal with their query. Not only are council officers increasingly equipped with a flexible range of skills, but they are also able to share their work through digital networks, receiving support and analysis from experts all over the world, or at least London.

1965 was also the date the government decided to adopt the introduction of the metric system over a 10 year period. With local responsibility for weights and measures, now known as trading standards, falling on councils, the stage was set for a long running campaign of education and enforcement as everything from the sale of carrots, to electric cabling came under scrutiny. Despite this, 50 years later, the British public remain reluctant to fully embrace the metric system, with a 2013 survey indicating half of all respondents were opposed to completing the process of metrification.

While a controversial issue of its time, the debate over metrification highlights how the role of the boroughs in enforcing and setting standards has changed through technical and managerial innovation. Environmental health officers still inspect premises to ensure food hygiene, but their enforcement notices and fines are backed up by the publication of their findings and the creation of recognisable quality assurance ratings that give the public confidence.

That the population of London has changed so markedly in the last 50 years has required councils to become increasingly sophisticated in communicating their work and priorities in a way that resonates with their communities. From badges and branding to Twitter campaigns and livestreamed council sessions, over time the focus has shifted towards using technology and innovation to identify, target and reach an increasingly diverse range of audiences.

In effect, that’s the real story about technical innovation and London’s boroughs over the last 50 years. Not that machines have gotten smaller and faster, but that public services have become better integrated through networks and better targeted through data. And the decisions and plans of local leaders have gone from discussions people would only read about in the paper, to conversations that are shared with the community. Far from the fears of 50 years ago, technology has allowed London’s boroughs to place more power in the hands of their communities, to make the impersonal, personalised. 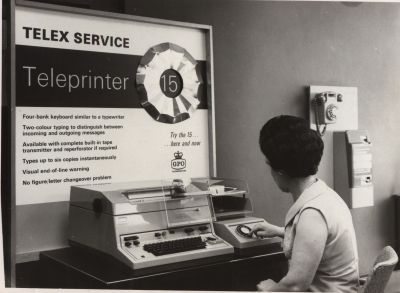