Among the raft of challenges London’s boroughs took on when they formally assumed their powers and responsibilities on 1 April 1965, housing was among the most pressing.

Post-war reconstruction was still underway in the bomb damaged capital and much of the housing stock that had escaped the bombs was of poor quality. Among the questions applicants wanting to join the new councils’ housing waiting lists were asked was: ‘is your toilet indoors or outdoors’?

Responsibility for taking on these challenges was shared between the 32 boroughs and the Greater London Council (GLC) who continued the London County Council’s role in sponsoring large scale housing developments across the capital.

The new council homes were built to ‘Parker Morris’ standards, that included stipulations for the minimum size of rooms and for indoor flushing toilets. Many of these developments remain famous today. Among the first to be commissioned by the GLC was the Erno Goldfinger-designed Trellick Tower that typified the ambitions for a new style of modern homes.

But even within a few years, the initial enthusiasm with which the new buildings had been greeted had begun to be reappraised. By the mid-1970s modern tower blocks had started to become associated with social problems.

Interestingly the tide has to some extent turned again. The once unpopular Trellick Tower, for example, is now a Grade II listed property where flats now change hands for close to half a million pounds.

By the early 1980s the role of London boroughs in local housing provision had hit a historic peak. However, municipal housing policies were already being reappraised. Substantial cuts to subsidies for new council homes were followed by the introduction of the “right to buy” policy, whereby longstanding tenants were able to buy their homes at a discount from the local authority.

The absence of government subsidy and restrictions on investment meant that by the late 1990s, new council housing in the capital had effectively ground to a halt, and the enthusiastic take-up of right to buy by council tenants led to substantial reductions in council housing stock.

Local authorities’ role was now limited to maintenance of existing stock and support for new affordable housing provided by housing associations and through agreements with private developers. While these avenues provided for some new affordable housing, they fell well below the rates at which councils had been building until the 1980s, while private sector build rates changed little. As a result, new housebuilding fell to historic lows.

Housing provision was also simplified with the abolition of the GLC, meaning that boroughs took on exclusive responsibility for the ownership and maintenance of housing in their areas.

Coinciding with the formation of the boroughs in London, the mid-1960s had also seen a growing awareness of the issue of homelessness in the capital and elsewhere. In 1966, the TV drama Kathy Come Home, watched by more than 12 million people, brought the plight of families in insecure private housing to the fore. Within 12 months both Shelter and Crisis (the latter as a direct result of Kathy Come Home) had been set up to fight the injustices of homelessness and continue to do so today.

The onus on addressing homelessness in the capital fell to the boroughs when the Housing Act 1977 established a legal definition of ‘homelessness’ and placed a statutory duty on local authorities to permanently house families and vulnerable adults who had become homeless through no fault of their own. That duty was amended by both the 1996 and 2002 Housing Acts and boroughs continue to offer advice and assistance to thousands of homeless families every year. Today, more than 37,000 households are living in temporary accommodation arranged for them by their borough.

While the 1960s to the 1980s saw London’s population fall – in part due to the London overspill policies and new towns being built up until the mid-1970s - in more recent years the capital’s population has begun to rise rapidly again - and the rate of new housebuilding in the capital has failed to keep pace.

Based on data from the 2011 Census, London needs to build 40,000 new homes every year just to keep up with demand. In 2013, just 16,800 were built in the capital. Unless these figures dramatically improve, London Councils estimates that the gap between the number of new households and the number of new homes being built will be more than 249,000 by 2020.

While the standard of London’s homes has improved over the last 50 years, the growing mismatch between supply and demand has had a considerable impact on the capital’s housing market. Almost one in four (23.2 per cent) Londoners now rent their homes from private landlords (compared to 17 per cent elsewhere in the UK) and private rents in the capital average £1,727 a month. Fewer than half of Londoners own their own homes and the average London home now costs £514,000. Today, there are more than 360,000 households on London borough housing waiting lists.

There is now a recognition across the political divide that local authorities have a critical role in helping provide the new homes that London needs. The Local Authority New Build programme, enabling councils to bid for government funding for new homes, saw millions of pounds allocated to London boroughs. This was followed in 2012 by reforms to housing finance which gave boroughs the ability to invest in new homes by borrowing against their own revenue streams.

The return of council housing

As a result, boroughs across the capital are now planning and building new council homes for the first time in a generation. Councils are also leading on strategic delivery of housing across the market, working with private developers and the GLA to identify land for new housing and accelerate developments with planning permission.

With the capital’s population set to exceed 10 million by 2030, London’s housing challenge remains a pressing matter and London’s boroughs continue to remain at the forefront of meeting that challenge. 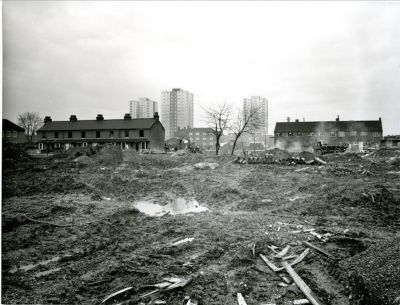