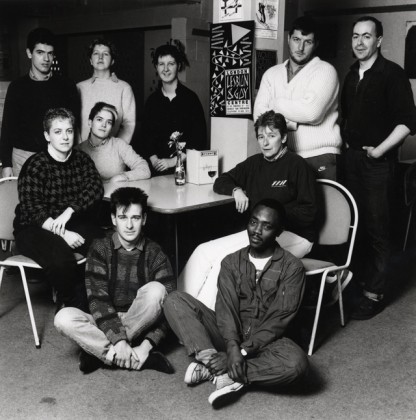 In 1985 the GLC published Changing the World - a charter of gay rights - and supported a number of open meetings in the council chamber of County Hall that summer. These meetings resulted in the creation of a working group to establish the London Lesbian and Gay Centre (LLGC). The LLGC was funded by a grant from the GLC and was the first and only lesbian and gay community centre in London. It was located in a disused former meat warehouse bought by the GLC near Smithfield Market at 67-69 Cowcross Street in Farringdon.

Equalities and Diversity
Image 2 of 22 in theme