For the past 50 years London boroughs have looked after the environment locally. Everything from street cleaning to preventing flooding, collecting waste to looking after parks, are things boroughs do every day for their residents.

Since they were established in 1965, London boroughs have always collected people’s waste. Plastic was the new material of choice for packaging in the 1960s, and from 1967 boroughs had to offer free civic amenity sites (more commonly known as the tip or dump) for people to get rid of bulky waste.

Attempts to reduce the amount of waste going to landfill saw the opening of London’s first major incinerators in the 1970s, some of which generated energy from the waste being burned.

Nonetheless, landfill was still where most waste ended up in the 1980s. Although Britain has always had a strong ‘reuse’ culture, and boroughs supported (and still do) community schemes that aim to pass an organisation’s ‘waste’ to a community group or individual who had a use for it. Examples include furniture, white goods, toys, fabric and paper.

Recycling campaigns also started with now-familiar slogans such as “reduce, reuse, recycle”. When the Greater London Council was abolished in 1986, boroughs became responsible for organising the disposal of waste.

The rollout of the ‘wheelie bin’ to London’s homes throughout the 1990s continues to divide opinion. For some, they are a cleaner way to collect waste and reduce the chance of rats. For others, wheelie bins are street clutter for pedestrians to avoid, and are unsuitable for people living in terraced houses or without front gardens to store them in.

By 2010 all local authorities had to collect at least two types of recyclable material, such as paper, card, plastics, aluminium tins or garden waste. Borough waste teams continue to adapt to London’s challenging circumstances – lots of people living in flats and apartments, a growing population, and people accidentally mixing items that can and can’t be recycled.

The European Commission and the Mayor of London have set high recycling targets for London, which means boroughs try to increase recycling, for example by educating schoolchildren about recycling and offering ways for people to recycle furniture, textiles and food waste.

But waste is actually a resource and presents an opportunity for boroughs to raise income in challenging financial times for local government.  Boroughs are exploring ways they can work together to reduce costs and be more efficient in collections.

London’s boroughs are always the first to respond to local emergencies, such as flooding, which is a constant threat in a river city.

A series of flooding incidents in the 1970s  eventually led to the construction of the Thames Barrier which started protecting London in 1982. Flood walls along the Thames were raised.

Today boroughs are Lead Local Flood Authorities, which means they must identify flood risks and plan for them, as well as leading the emergency response when floods do occur. These powers complement their wider emergency planning responsibilities. Boroughs must plan for emergencies, work with the police and others when they do occur, and support the people affected to return to normal life.

When they were first established, boroughs were responsible for making sure Londoners had a clean drinking water supply and sewage was treated and disposed of properly. In 1973, Regional Water Authorities were established, based on river catchment. London was served by the Thames Water Authority. These new Authorities, which still involved local authorities, brought together previously separate functions of drinking water quality, water supply, pollution, and sewerage.

The Regional Water Authorities were privatised in 1989, creating the water companies we have today. Regulating the quality of the water supply became the responsibility of what is now the Environment Agency. Nonetheless, London boroughs still have to “be informed” of what the water quality is like in their area, meaning environmental health officers undertake regular water quality checks.

The Abercrombie Plan was developed during the second world war and envisaged a network of parks and green spaces in some of the areas that had been bombed. These green spaces were created under the supervision, first of  the London County Council (LCC) and subsequently the Greater London Council (GLC). The abolition of the GLC in 1986 saw boroughs take on responsibility for parks.

Many London boroughs support and encourage community groups to take care of green spaces and parks, by sharing expertise, equipment or resources. Boroughs across London look after parks, nature reserves, wetlands, forests and public gardens. These spaces for sport, leisure and recreation make London one of the greenest cities in the world.

The national Green Flag scheme accredits public parks and green spaces. To win an award, parks must be welcoming, safe, well-maintained, environmentally aware, conserve natural or historic features, involve the community, promote the park, and be well-managed. Today there are 295 award-winning parks in London.

Boroughs are currently considering how parks and green spaces can fulfil a range of functions.

One example is a network of Quietways that will make it easier to cycle around London. Routes will be clearly marked and make use of quieter back streets and parks. Boroughs are also encouraging people to plant green roofs or walls on new and existing buildings, as these help reduce the amount of water that ‘runs off’ buildings and can cause flooding.

London boroughs are responsible for street cleaning, collecting litter, and tackling anti-social behaviour in public places, alongside the police. These powers are important for public health and public safety, and boost business and tourism. Boroughs know these are issues residents care about. As well as educating the public, boroughs can use enforcement action, including issuing fixed penalty notices to people caught dropping litter, fly-tipping and carrying out other offences that spoil local environments.  Most recently, boroughs have set fine levels for people who spit in public.

Since the Clean Air Act of 1958, London has strengthened its requirements on air quality. More recent European targets see boroughs working with the Mayor of London to meet London’s air quality targets and contribute to the UK’s. Boroughs have a statutory role to monitor and manage local air quality, which includes making the data collected publically available.

The largest sources of pollutants in London are from road transport and heating systems. Encouraging people to switch to more sustainable methods of transport (cycling, walking) can improve air quality.

London boroughs take up opportunities to generate their own renewable power, either to sell back to the National Grid or to provide electricity for their buildings, including their housing stock. The boroughs also encourage their residents to take part in regular Big Energy Switch events, which use collective switching to secure lower energy rates for the residents that switch. London boroughs also work together through the London Energy Project to secure affordable energy for the public sector and make wise investments in new technologies. 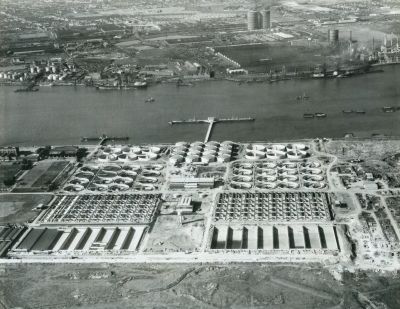