Employment, Skills and the Local Economy

Although London boroughs have never held a statutory duty to improve the employment opportunities and skill levels of their residents they have recognised the value to be gained from supporting local people back into work and improving their skills and education.

Since their creation, boroughs have taken responsibility for residents who would struggle to enter the labour market without additional support. This has often included creating sheltered employment opportunities for the most vulnerable including people with disabilities, language barriers or learning difficulties. Boroughs have also provided welfare and careers advice, and created employment opportunities, such as apprenticeships, as employers themselves.

The 1960s saw a very low rate of unemployment as a result of the ‘post-war boom’. However, boroughs were involved in establishing Adult Education Centres to improve the knowledge and skills of their communities. Boroughs’ local activity often sat alongside national initiatives, such as Job Centres that were created in the 1970s.

Following high unemployment and industrial re-structuring in the early 1980s, many London boroughs started to set up their own skills and employment services. Much of this work involved linking residents with local job opportunities. In the 1990s, employment schemes provided by local authorities were often part of Single Regeneration Budget schemes.

Local government attempted to improve strategic relationships between the different players in the employment and skills landscape, delivering or commissioning additional services. Building on initiatives such as City Strategy Pathfinders, the boroughs started to call for the devolution of national employment programmes to local authority areas. London boroughs also took a critical role in generating apprenticeships for local people. Since 2009 they have created over 5,000 opportunities directly as employers themselves or through their supply chains.

In 2010, the coalition government introduced the Work Programme for long term unemployed people, delivered by large scale private sector providers. This has been the main employment support programme alongside Jobcentre Plus support. The boroughs have also been providing employment and skills services and job brokerages; 17 currently have their own local service. The success of these services has helped to inform a campaign for devolution and greater borough influence on national employment and skills provision.

London boroughs have always been place makers, supporting and developing communities and creating an environment for businesses - particularly small businesses and traders - to thrive.

Boroughs have been at the heart of delivering national policies to develop urban communities and economies, particularly those that are struggling. Although London’s economy is currently strong, it underwent significant industrial restructuring in the late 1970s and 1980s, as its manufacturing base started to decline, and it has many long standing disadvantaged communities.

During the late 1960s and 1970s, some London boroughs delivered the Urban Programme, designed to arrest the economic and social decline of Britain’s inner cities through spatially targeted holistic schemes focusing on education, housing, welfare and health. Boroughs also worked with central government to harness private capital for urban economic revival and to attract industrial development.

The 1980s saw a policy shift away from public sector led regeneration to an emphasis on the role of private sector in regenerating urban areas, with schemes such as Enterprise Zones and Urban Development Corporations, Urban Development Grants, Training and Enterprise Councils, Garden Festivals and City Grant. However, London boroughs continued to deliver some initiatives, including a continuing Urban Aid programme.

During the 1990s there was a resurgence of area-based initiatives, including a focus on regenerating disadvantaged communities, including the City Challenge and subsequent Single Regeneration Budget programmes. London boroughs worked with private and community organisations to develop regeneration programmes, bidding in for a central government funding pot. The programmes were wide-ranging, combining physical regeneration (including housing improvements), community development, business support and education initiatives.

The following decade saw a focus on neighbourhood renewal. Central government funds supported local neighbourhood renewal strategies using initiatives such as New Deal for Communities and Working Neighbourhoods Fund. These were flexible funds, supporting activity that reflected local needs and opportunities. Boroughs continued to support economic development through physical regeneration, improving town centres and support to businesses.  In London, the Greater London Authority (GLA) was established, governed by the Mayor of London. The Mayor has a statutory duty to produce an Economic Development Strategy for the capital. London boroughs worked with the GLA’s London Development Agency to support the capital’s economy until its abolition in 2012.

Boroughs also provide local businesses with advice on a range of issues from marketing and planning, to accessing finance and competing for local contracts.  Workshops, master classes, networking events, mentoring programmes, trade fairs and local business awards all give small businesses the information, training, contacts and profile that they need to grow.

Employment, Skills and the Local Economy 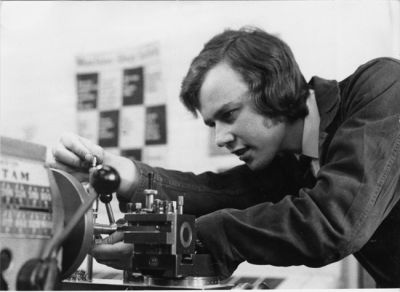