As in any major city, crime has always been a key concern for Londoners, but both the range and the approach of public agencies tasked with tackling and reducing crime have changed considerably over the past 50 years.

When London’s boroughs formally assumed their powers in 1965 crime rates were steadily rising, particularly in London. At that time, and indeed right up to the 1980s, tackling and reducing crime were generally seen as the domain of the police service and Home Office alone. A key driver for change was the Scarman Report from 1981.

Following the Brixton Riots earlier that year, Lord Scarman’s report detailed a loss of confidence and mistrust in the police and their methods of policing. He recommended concerted efforts to recruit more ethnic minorities into the police force; changes in training and law enforcement; statutory community consultation and accountability and changes in policing methods.

One direct result of the Scarman report was the The Police and Criminal Evidence Act 1984 that instituted a legislative framework for the powers of police officers in England and Wales to combat crime, as well as providing codes of practice for the exercise of those powers and a benchmark to monitor police activity in London and nationally.

A shift in emphasis

By the early 1990s the fact that the term ‘Community Safety’ rather than ‘Crime Prevention’ was widely being used marked a shift in emphasis to people rather than property and to the role of local authorities and community groups rather than the police. The London Borough Hammersmith and Fulham established the first Community Safety Unit in the country in 1992.

Central government established crime prevention programmes in Lewisham, Tower Hamlets and other boroughs. Small locally based teams were tasked with the development of partnership crime prevention programmes, guided by the Crime Concern charity and working with Metropolitan Police Service (MPS) and other police services.  In London the MPS established the Partnership Policing programme, which was taken up by a number of local authorities in the capital.

The Single Regeneration Budget (SRB) Challenge Fund came into operation in the mid 1990s and was designed to encourage partnership working between those with a stake in local regeneration by acting as a flexible funding supplement to main programmes. A number of community safety projects were developed in London local authorities through the SRB which supported wide-ranging good practice development and support for inter-borough work to reduce crime.

The Crime and Disorder Act 1998 gave local authorities and police services duties to work together in partnership with other agencies through Community Safety Partnerships (CSPs) to tackle identified community safety problems. In particular, section 17 placed a duty on local authorities to give 'due regard' to the need to do all that they reasonably could to prevent crime and disorder in their area, in the exercising of their functions. The CSP approach very much recognised that tackling the causes of crime and disorder, as well as the interventions required to make communities feel safe, lies with the range of organisations and individuals working together in partnership; and that crime reduction was not simply “a job for the police”.

The public inquiry into the murder of Stephen Lawrence in 1993, headed by Sir William Macpherson, examined the original MPS investigation. The publication in 1999 of the resulting Macpherson Report, had a major impact on the development of London local government and policing policy. This included the development of the MPS Race and Diversity Strategy and implementation of the National Code of Practice on Reporting and Recording Racial Incidents.

The establishment of The Metropolitan Police Authority (MPA) in 2000 marked a further significant change in the policing of London. The MPA, which was responsible for scrutinising and supporting the work of the MPS, was created with the aim of ensuring that the police service in London was democratically accountable.

The MPA’s role was strategic and it was not responsible for the day-to-day delivery of policing, which continued to be the direct responsibility of the Commissioner of the Metropolitan Police. The MPA worked closely with London’s 32 borough councils as well as other crime reduction partnerships and agencies. The MPA ceased to exist on 16 January 2012, when its functions were transferred to the Mayor's Office for Policing and Crime (MOPAC).

In 2005 the government launched the Respect agenda. Its aim was to help central government, local agencies, local communities and citizens to work together to tackle anti-social behaviour more effectively. The agenda promoted a range of tools including Anti-Social Behaviour Orders, Parenting Orders, Family Intervention Projects and Dispersal Orders.

The London Councils grants scheme was originally set up on abolition of the Greater London Council. Section 48 of the Local Government Act 1985 enabled London boroughs to fund voluntary action in the capital through a joint scheme which is now provided by London Councils. The grants scheme has been a significant funder of community safety projects across London. Preventing sexual and domestic violence is one of the current priorities of the grants scheme.

The Policing and Social Responsibility Act 2011 replaced police authorities with directly elected Police and Crime Commissioners, with the aim of improving police accountability. The act makes specific provisions in London for the delegation of Police Authority responsibilities to the elected Mayor of London, and the establishment of MOPAC.  MOPAC's responsibilities include the management of community safety funding, which it does in consultation with the London boroughs, and the establishing of Safer Neighbourhood Boards which replace Community and Police Engagement.

Today the London Crime Reduction Board is the place where the Mayor, the Police Commissioner and London’s boroughs come together to agree a coordinated approach to crime reduction, local policing and community safety in London, reflecting the fact that tackling and reducing crime in London today is recognised to be a challenge to be tackled by a range of public services and no longer solely the job of the police. 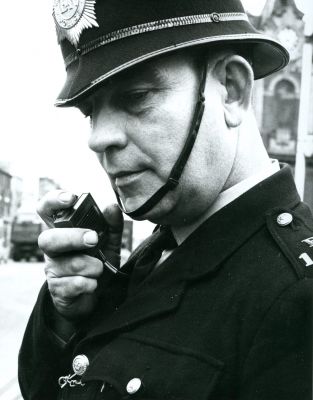