The Education Act 1944 introduced compulsory education to age 15 (increased to age 16 in 1973), banned any fee-paying at state schools, and brought church schools into a national system. Throughout the post-war period, successive governments have reformed the education system with the intention to build on this act.

Although the 1944 Act created a national education system, the delegation of powers and ability to implement changes at a local level emboldened Local Education Authorities. In London, the picture was somewhat more complicated by the existence of Middlesex County Council and the London County Council education structures.

With the creation of the London Boroughs in 1965, responsibility for educating children in London split. Middlesex County Council passed over responsibility to the newly formed London boroughs while the London County Council was replaced by the Greater London Council (GLC), which inherited the duties to provide education in inner London under what was called the Inner London Education Authority (ILEA).

The ILEA remained active until 1990 when it was abolished and the constituent boroughs became their own Local Education Authorities. In the period between 1965 and 1990 however, the balance of power between local and central government shifted. By 1990 the term Local Education Authority already meant something dramatically different to what it had in 1965.

Notably, in the 1970s and 80s while there was widespread testing in schools, this was based on individual borough or school choice and rarely public. And while all secondary schools were required to publish their examination results, there was no specified format or common approach.

The 1988 Education Reform Act changed this with the introduction of a national curriculum.  National tests were put in place by 1990. This was shortly followed by the creation of a single national regulatory body for state education in England, Office for Standards in Education, Children’s Services and Skills (Ofsted) in 1992.

At the time of these changes and ILEA being dissolved, only around 9 per cent of London’s children gained 5 A* - C GCSEs and London schools were seen as amongst the worst in the country and a symbol for underachievement. By 2014, a total of 70.5 per cent of young people in London achieved 5 A* - C GCSEs or more, and other regions now seek to replicate the success of London’s education system.

The turnaround in performance since the early 1990s has been dramatic and unprecedented. One of the key accelerators for London’s schools becoming national leaders was London Challenge. It marked a change in the way schools, boroughs and government worked together to turn around failing and underperforming schools. At its core was a close relationship between boroughs and schools, which provided the basis to challenge poor performance and a means to offer learning from the best performing schools in London.

A new approach also emerged for the structure of local education with a model of state funded education independent from the local authority. The Learning and Skills Act in 2000 enabled this approach and it was supplemented through the Education Act 2002. London’s first academy opened in 2002 and by March 2015, 475 of London's schools were academies out of more than 2,000 educating the capital’s children and young people.

The academy model of state funded education, independent of the borough, is supplemented by the Free School model, introduced in 2010. The Free School model differs from academies in one important way, in that it allows local parents to apply to set up a local school. Over the first five years of the policy, 89 Free Schools have been set up in London.

As we celebrate the first 50 years of the boroughs, the recent history of education in the capital makes a compelling case for local leadership and involvement in education, with 81 per cent of parents saying they think borough involvement is important.

London’s local authority children’s departments date back to 1948. Although the language describing their role has changed over time, their primary function - to protect children from harm - has remained.

London’s local authorities face significant challenges in their work. London’s population is young and ethnically diverse, with nearly a quarter of the population (1.8 million) under the age of 20.  London has the highest rate of child poverty of all the regions in England and in 2013/14 there were over 120,000 children classified as ‘children in need’ who were provided with a service by children’s social care. In 2010/11, nearly 7000 children were subject to child protection plans, and in 2014 just over 10,000 children were looked after by London’s local authorities.

On a daily basis, social workers and other social care staff work with the most vulnerable children and families in the capital. They provide advice and support to families struggling with a whole range of issues including domestic violence, substance misuse, mental and physical ill health, as well as issues of poverty, such as poor housing or homelessness and very low income.

The history of children’s social care over the last 50 years has been a history of change and reorganisation, as central and local government has sort to restructure services in response to enquiries into child abuse and the tragic deaths of individual children.

Most recently the true scale of child sexual exploitation has started to come to light and local authorities are working hard to ensure that very vulnerable children and young people are kept safe from this form of abuse and that offenders are successfully prosecuted. In addition, the understanding of the extent and impact of issues such as female genital mutilation, honour-based violence and forced marriage is increasing.  Work is ongoing to raise awareness of these issues across the children’s workforce and find new and innovative ways of identifying victims, protecting potential victims, changing attitudes and prosecuting those who abuse children in these ways.

As far back as 1974 it was recognised that the work to protect vulnerable children required local co-ordination across the range of services working with children, and in 2003, following the enquiry into the tragic death of Victoria Climbie, local safeguarding children boards were set up. These local boards help co-ordinate and hold to account the different agencies including local authority children’s social care but also the police, health services and education. 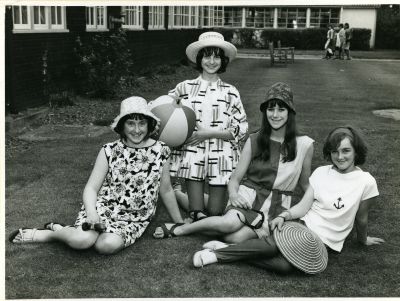